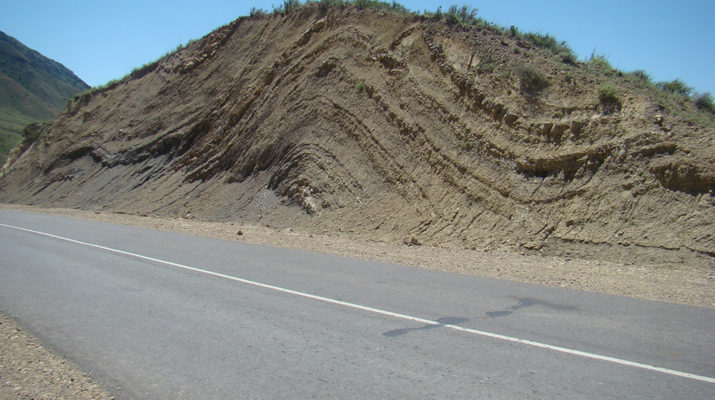 The Central Asian folded (orogenic) belt (CAFB) is a huge mountain system that stretches from Kazakhstan to the Far East. From a fundamental point of view, the CAFB arose due to the evolution and closure of the Paleo-Asian Ocean. Many researchers believe that the processes that took place in the ancient ocean and on its active margins were very similar to those that are currently taking place in the Pacific Ocean (Pacific). Establishing the veracity of these correlations and elucidating the role of continental blocks in the formation history of the CAFB crust is a task for many scientists.

CAFB is the core of the Eurasian continent, its formation, in fact, began with the formation of the belt as a result of collision and subsequent amalgamation (unification) of the Siberian, Kazakhstan, Tarim and North China continents. The evolution of the Eurasian continent in the past and its fate in the future depended and will depend on the processes taking place in the CAFB and surrounding continental blocks and the folding zones, which separate them. The general trend of the continental blocks’ movement in the northward direction which had developed 300 million years ago, is still active: the Indo-Australian plate (India and Australia) is moving towards Eurasia at a speed of 7-8 cm per year. The Pacific Plate plunges beneath the eastern edge of Asia at a speed of 8-11 cm per year, reducing the size of the ocean itself and bringing not only the North American, but also the South American continental blocks closer to the Asian edge. Perhaps, in 200 million years, the Eurasian continent would be in the future a supercontinent Amazia, which would, include almost all the continents of the Earth.

Our expedition deals with searches and study of signs of tectonic activity in the heart of the Central Asian orogenic belt. Despite the fact that the Central Asian countries have state borders, we make our trip across Kyrgyzstan, Tajikistan and Uzbekistan, there we can observe how change geological borders, how a structure and relief change over a vast area of the ​​ countries, knowing no borders. Many geological structures are located within border lines or on adjoining areas of state borders. Therefore, we will study the geology of the countries, in spite of borders.

In each country, we will be accompanied by a local expert-geologist, in order to receive reliable information about geology of a related country.

The expedition duration is 22 days. The optimal number of participants is from 5 to 25 people. The mileage of the route is about 5000 km. The route goes through the mountain ranges and valleys of Kyrgyzstan. The one can see the alpine zone where Pamirs contact with the Tien Shan. The route meanders around the Pamirs – “The Roof of the World”, where the altitude does not fall below 4000 m. Next in Uzbekistan, we explore the territories where mountain ranges are adjacent to deserts. We learn the whole geological history; observe various geological forms and landscapes, which are geological heritage of Central Asia.