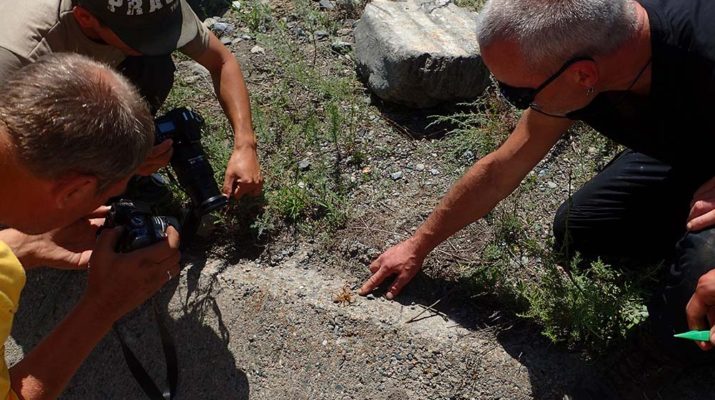 A big part of the Southern Tien-Shan, which is occupied by the territory of Kyrgyzstan, was closed to the public during the Soviet times. Tourists, scientists and ordinary residents could not get here. Only border guards were allowed to be here. For a long time, the vast territory was alienated from the rest of the empire more than 100 km. It played a positive role in the fact that these places remained wild, primeval, unknown and difficult to access until today. In this regard, these places are still little known and not explored. These circumstances create a good chance for new researches and discoveries in the field of entomology and zoology in general.

A surprisingly majestic landscape, combining deep canyons, lakes, glaciers, wide river valleys and alpine meadows is located here. Mountains are composed of limestone rocks of the Devonian and Carboniferous ages. Canyons hide a lot of unexplored grottoes and caves. In one of the narrow canyons is located the fantastically beautiful Kel-Suu Lake, which periodically completely disappears through the underground channels. It is possible that the disappearances of the lake are associated with climatic features.

Local shepherds, herding herds of yaks told that they found fresh bear tracks at the entrance of one of the large caves located near the lake. When shepherds leave their campsites at the end of September, they meet various animals in the mountains: Argali (Ovis ammon), Snow Leopard (Uncia uncia) and others.

The duration of the expedition is 17 days. The most favorable time for the expedition is August. During this period of the year, the rivers have a minimum water level, which creates good conditions for overcoming the rivers in canyons. Speleobiologists can also take part in the expedition. In some caves there is perennial ice. Botanists are also welcomed. This expedition dates August 1-14, 2020, the maximum number of participants is 20. For the expedition we get all the necessary official permits. For the export of biomaterial, we will receive all the necessary customs documents. If you want us to organize a separate expedition for you, then you can change the dates. We hope that participants collecting biomaterials for export will provide, after their research, a short report on the obtained results. At the same time, we will not claim authorship. 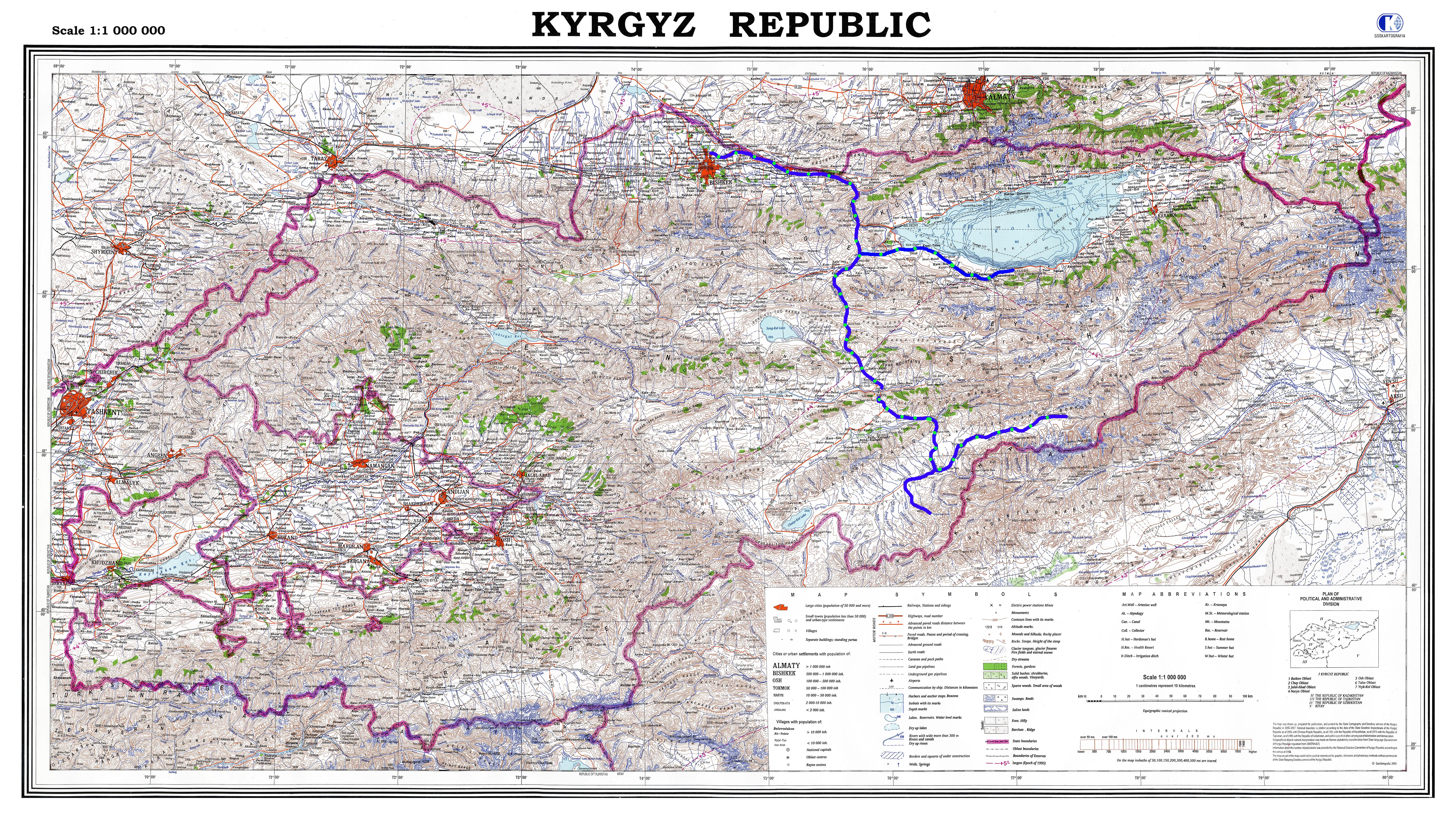 Briefing, discussion of the plans of the expedition. Survey of the research area. Acquaintance with local zoological experts, acquaintance with the chef. Overnight at hotel.

Today we will get to the alpine belt. Our route will go about 550 km to the south. We must reach the first base camp near the Kel-Suu Lake at an altitude of more than 3700 m. Overnight in tents.

Days 3-6. Research in the vicinity of the Kel-Suu Lake

This area is wild and there is no telephone connection. Therefore, we can divide into groups according our interest. For long crossings, visitors can rent a horse from local shepherds. To overcome the lake we have an inflatable rubber boat. Overnight in tents.

Days 7-10. Research in the canyons of Kok-Kiya

Canyons are relatively inaccessible. At the bottom of the canyons flows the Kok-Kiya River. Its aesthetically beautiful numerous meanders, formed a magnificent landscape. At the bottom of the canyon its microclimate is preserved. The sun peeps here less often than in the surrounding area. It grows a high variety of grass cover and various shrubs. For those who wish to explore the places autonomously remote from the base camp, field equipment will be provided: tents, dishes, a gas burner, food, satellite phone, radio stations, maps, etc. A local guide will accompany the autonomous research team. But these places are wild, so there is not excluded an encounter with wild animals. Overnight in tents.

Today we will move to the valley of the Eastern Ak-Sai River, located 150 km northeast of the first base camp. Environmental conditions here are rough too. The wide high-altitude valley is located between two mountain ranges. In the south it is bounded by the Kokshaal-Too range, in the north by the Barkoldoy range. The absolute altitude of the terrain is 3000-4000 m. A dirt road, through which we will reach the highland zone, was built and intended for border guards. In the upper reaches of the Ak-Sai River in the area of ​​the Kuburgontu Pass, we will establish our field base camp. Overnight in tents.

Days 12-15. Explorations in the Ak-Sai and Kotur valleys

The valley of the Kotur River goes towards China. These places have not been studied by scientists biologists yet. Here is an epic landscape and wildlife. During research, you can encounter wild animals listed in the Red Book: Brown Bear (Ursus arctos), Beech marten (Martes foina), Snow Leopard (Uncia uncia), Argali (Ovis ammon), Jerboa (Allactaga saltator). Overnight in tents.

We leave the alpine belt. Our path goes to the Issyk-Kul depression.The Issyk-Kul Lake is the second largest high mountain lake in the world. We will rest, discuss the results of the expedition, share impressions in the city of Kadji-Sai. Overnight at the hotel on the lake.

Today we return to Bishkek. Overnight at hotel.

Day 18. Transfer to the airport

Take part in the expedition