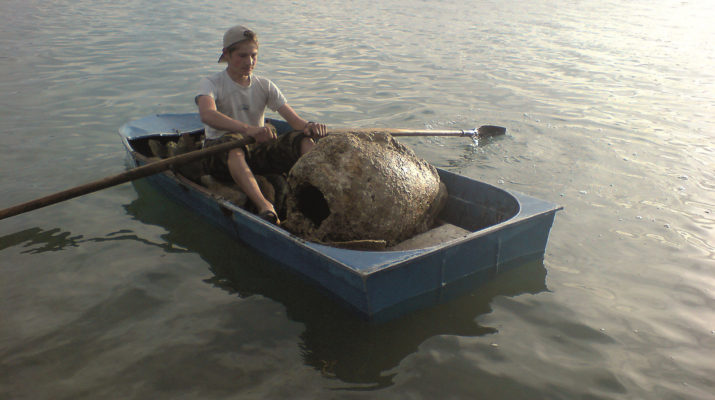 During the 1985 research season, traces of a large ancient settlement at the bottom of the Tup bay were first discovered. The discovery of stone and bronze tools, agricultural implements and the foundations of buildings testified to the existence of an ancient settlement in the first millennium and in the period between BC and AD.

Further findings have confirmed our hypothesis about the capital of Usun state, Chigu town, which was mentioned in ancient Chinese chronicles. 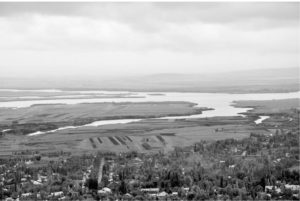 The identification of the sunken settlement of Chigu revealed many new facts:

Chigu was not established by foreigners in the second century BC, as some modern scientists have written. The archaeological findings point to life in the ancient settlement 500 years earlier than the first reference made in written sources.

Chigu was not only the capital town of the nomadic state, but also a town of artisans and farmers. 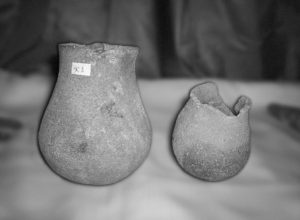 The medieval ancient settlement Barskhan, the capital of one of the Kharakhanid branches, is well documented in written sources as located on the southern shore of Issyk-Kul.

A medieval silver goblet decorated with Arabic inscription in honor of the Kharakhanid khan Togrul-Karakhan, who ruled Barskhan from 1059-1075, may also be considered to have originated in Barskhan. Unfortunately it is in a private collection.

For many years, our research has shown that monuments of all epochs and all religions lie on the bottom of Isysk-Kul Lake: from antiquity to the Middle Ages, and from the fundamental religions: Buddhism, Christianity, Islam, and even stone monuments with writings. It is believed that an Armenian Christian monastery is at the bottom of the lake, with the relics of the Christian Saint Matthew, Apostle and Evangelist near its walls (source: Catalan Atlas of 1375).

The main discoveries from the lake bottom are displayed in the museum of the Kyrgyz-Russian Slavonic University. 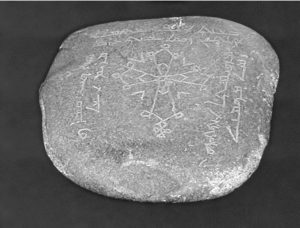 Issyk-Kul keeps many secrets, but revealing them is possible only through long-term work with the help of modern technology and foreign experts.